Washington, D.C. — Federal Communications Commission (FCC) Chairman Ajit Pai and National Association of Broadcasters (NAB) President and CEO Gordon Smith will participate in a keynote conversation Wednesday, May 13 during the NAB Show Express Welcome event. The industry’s top regulator and the head of NAB will discuss communications policy issues before the FCC, including spectrum policy and media ownership.

The opening session will be streamed on nabshowexpress.com at 12 p.m. on May 13 and available on-demand following its conclusion.

The FCC regulates interstate and international communications by radio, television, wire, satellite and cable. An independent U.S. government agency overseen by Congress, the Commission is the federal agency responsible for implementing and enforcing America’s communications law and regulations.

Designated FCC chairman by President Donald Trump in January 2017, Pai has taken great strides to modernize the rules and regulations that apply to the nation’s radio and television broadcasters. He has been instrumental in paving the way for Next Gen TV, working hard to reform the Commission’s long-outdated local media ownership rules, reinvigorating AM radio by, among other things, helping broadcasters gain access to FM translators, and clearing much of the regulatory underbrush that makes it harder for broadcasters to serve the public. Chairman Pai, who has also served on the FCC staff and as a commissioner, has shown dedication to his job and openness to arguments from all sides.

Prior to joining NAB in 2009, Smith was a two-term U.S. senator from Oregon, serving on the Senate Commerce, Science and Transportation Committee, which has jurisdiction over telecommunications issues. 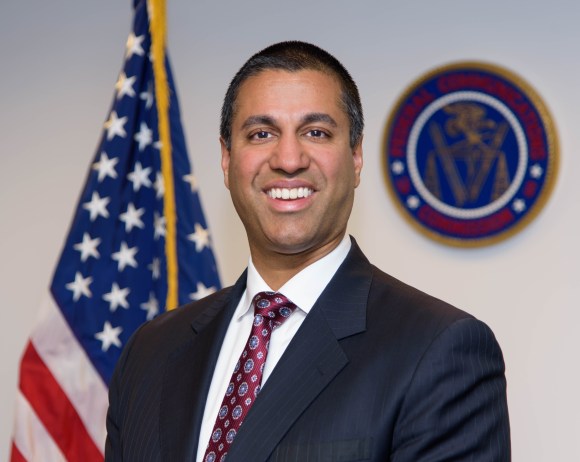 NAB Show, held annually in Las Vegas, is the world’s largest convention encompassing media, entertainment and technology. With more than 90,000 attendees from 160 countries and 1,600+ exhibitors, NAB Show is the ultimate marketplace for solutions that transcend traditional broadcasting and fuel the digital storytelling economy. From creation to consumption, across multiple platforms, NAB Show is where global visionaries convene to bring content to life in new and exciting ways. For complete details, visit www.nabshow.com.

The National Association of Broadcasters is the premier advocacy association for America’s broadcasters. NAB advances radio and television interests in legislative, regulatory and public affairs. Through advocacy, education and innovation, NAB enables broadcasters to best serve their communities, strengthen their businesses and seize new opportunities in the digital age. Learn more at www.nab.org.

Stay in the Loop